A narcotrafficker, Ibeh Kenneth Ejike has been arrested by operatives of the National Drug Law Enforcement Agency (NDLEA), at the Nnamdi Azikiwe International Airport, Abuja for ingesting 87 wraps of cocaine.

The 41-year-old suspect who was arrested on Wednesday, 25th August 2021, upon his arrival on board an Ethiopian Airline flight 911 from Kigali via Addis Ababa was taken in for secondary check during which he tested positive to ingestion of the illicit substance.

While under observation, he excreted 87 pellets of cocaine weighing 1.884 kilograms. Ibeh who imports clothes for sale hails from Owerrizikeala village in Orumba Local Government Area of Anambra state. 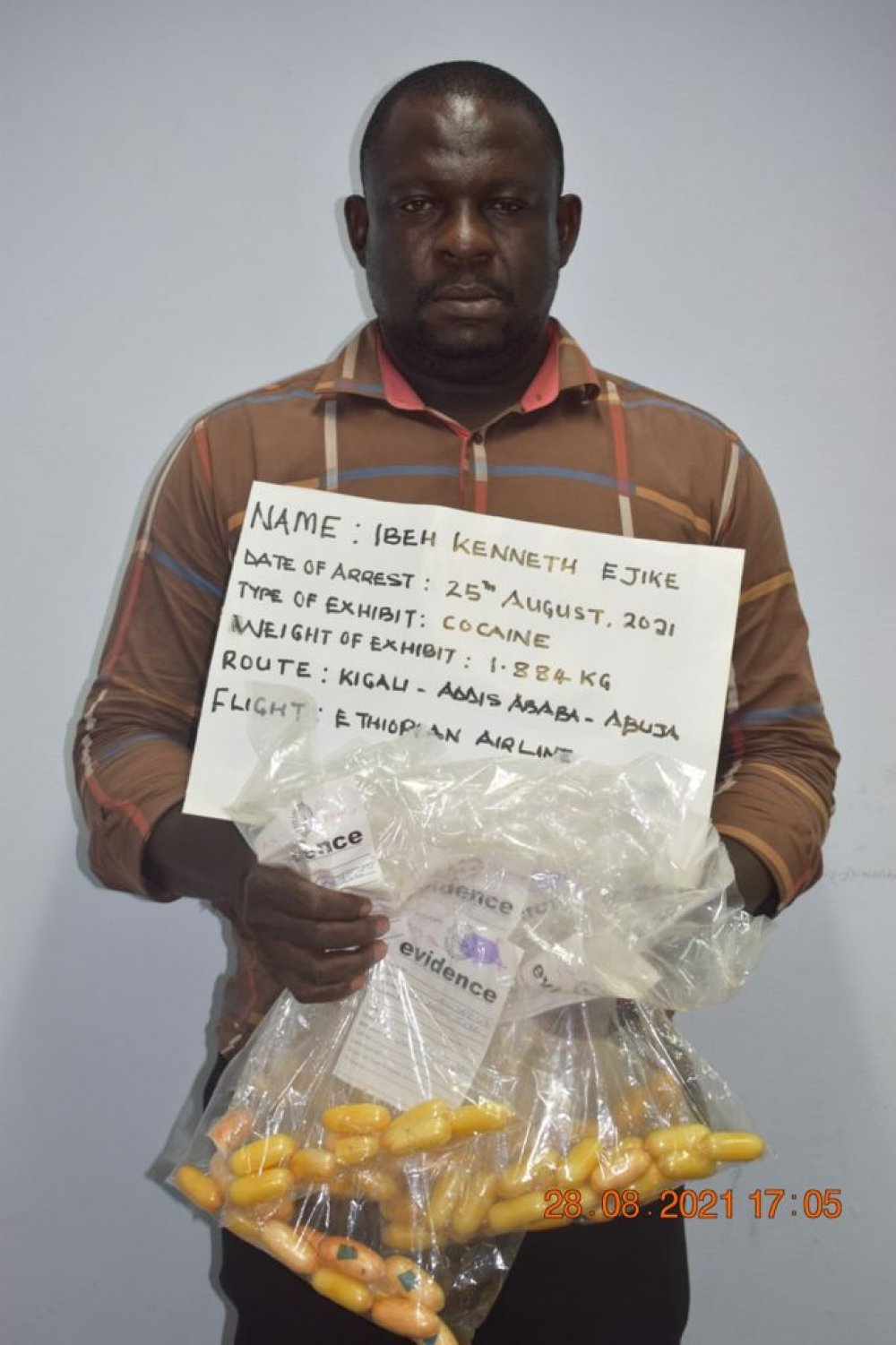 In the same vein, a Lagos-based drug dealer, Eze Celestine Okorie has been arrested following the interception of 4.15kilograms of methamphetamine consignment going to London, the United Kingdom at the NAHCO export shed of the Murtala Muhammed International Airport, Ikeja, on 13th August.

The drug was concealed in tins of tomato branded ‘sunripe’ and packaged for the driver of a freight forwarding company to deliver at the airport export shed for onward movement to the UK. Though the freight company’s driver was initially arrested, follow-up investigations and subsequent sting operation led to the arrest of the kingpin behind the consignment, Eze Celestine Okorie, at his Coker, Surulere, Lagos home on Wednesday 25th August 2021. He hails from Isu village in Onicha LGA, Ebonyi State.

Meanwhile, raids of drug joints continued across the states in the last week. In Cross River state, one Anietie Attauba was arrested at the Idundu community with 9.9 grams of cocaine, while 23-year-old Joy Odey was picked at Nassarawa Bakoko Area of Calabar Municipality LGA on Friday 27th August with 500grams of skunk.

On the same day, one Ugwuanyi Chukwujekwu Basil was arrested at AK Divine Park, Harbour Road, Calabar with 2.6kg of cannabis; 10.33grams of cocaine, and 30ml of swinol.

In Abuja, operatives of the FCT Command of the Agency also intercepted a Hiace bus conveying bags of cannabis, and 30 parcels of skunk, cumulatively weighing 310kilograms along Abaji-Gwagwalada expressway, where another 32kg of Tramadol was equally seized the same day.

In Anambra State, operatives also raided the Onitsha main market, Marine Line on Thursday 26th August with the support of soldiers. Recovered during the raid include 50kg of cannabis; 150grams of meth and 27.6grams of cocaine. One of the dealers, Moses Obiahu was arrested. 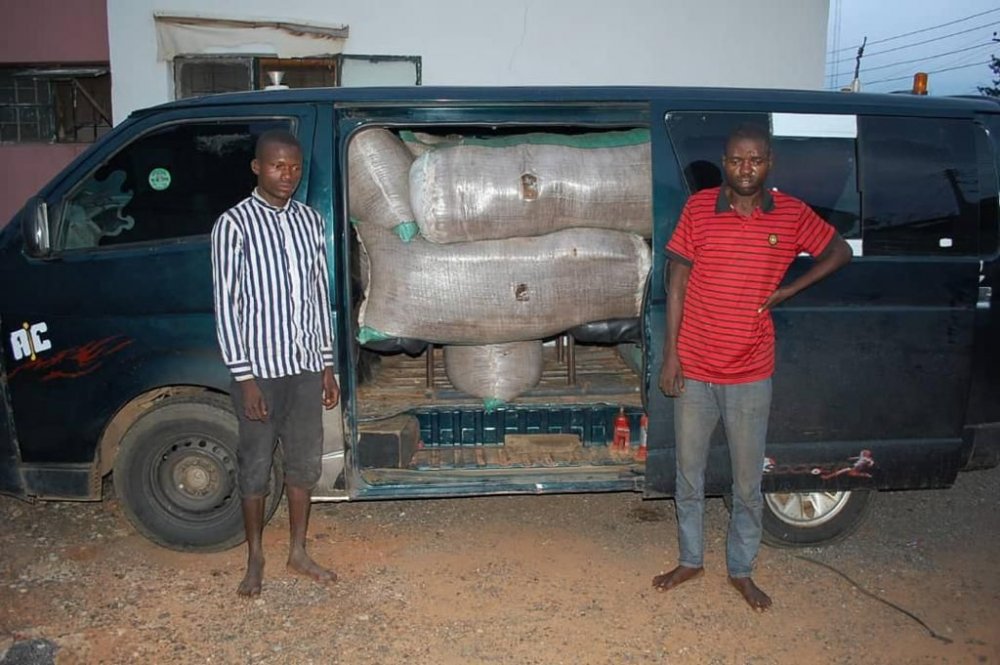 While commending the resilience of the officers and men of the NAIA, MMIA, Anambra, Cross River and FCT Commands of the Agency as shown by their latest arrests and seizures, Chairman/Chief Executive of the NDLEA, Brig. Gen. Mohamed Buba Marwa (Retd) charged them and their colleagues across the country to intensify the ongoing offensive action aimed at cutting off availability and accessibility to illicit drugs in all parts of Nigeria.